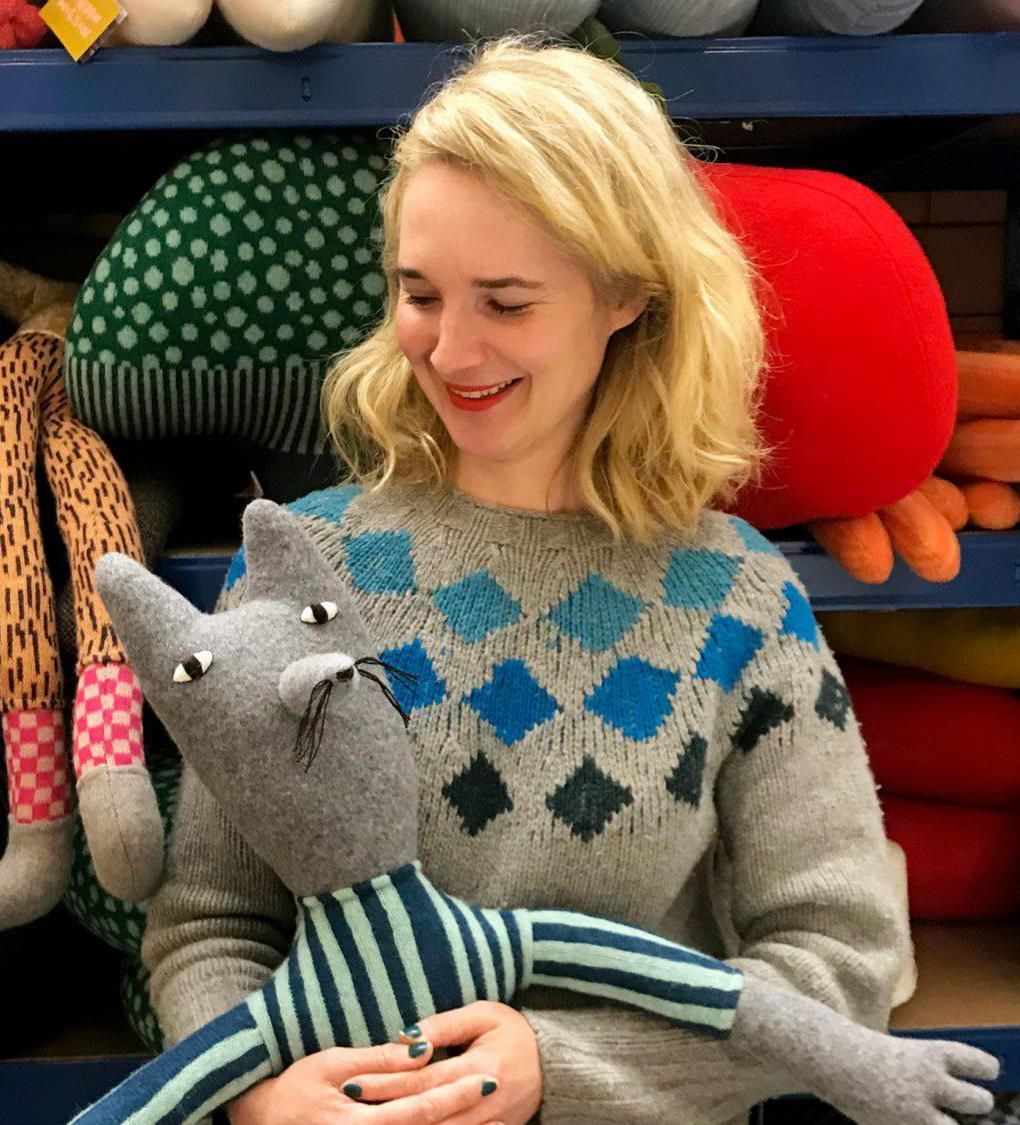 Designer, Donna Wilson LTD
Donna Wilson is a Scottish textile and product designer who established her studio in 2003, after a sell-out show at the Royal College of Art. Donna’s colourful and distinctive designs, inspired by a love of nature and a passion for craft and making, have won her a string of awards - including the prestigious Designer of the Year at the Elle Decoration British Design Awards. She has collaborated with international brands including John Lewis, Mamas & Papas and LeSportsac, with her work appearing in numerous exhibitions and publications worldwide.

Donna Wilson’s studio is based in East London where she and her talented team knit, sew and send out products to stockists and customers worldwide. Although she has lived in London for many years now, Donna draws much of her inspiration from her childhood growing up on a farm in rural Aberdeenshire, in the north east of Scotland. This love of the countryside is reflected in her use of texture and organic forms in her work. As a forerunner of the contemporary craft movement, Donna has always remained true to her principles, using traditional techniques and UK-based suppliers wherever possible, helping to support Britain’s dwindling manufacturing trades.
Sessions